There are many types of cameras available today, and the one that is best for you depends on how you plan to use the camera. Canon 1500d v/s Nikon d3500 is the most debated among those looking to buy a camera. If you are planning on using the camera for taking snapshots, then you would need a camera that offers a good quality image. If you plan on using the camera for video recording, then you should look for a camera that has a good quality video recording. When it comes to choosing a camera, you should consider your budget, storage space and the resolution of the photos or video you want to record. 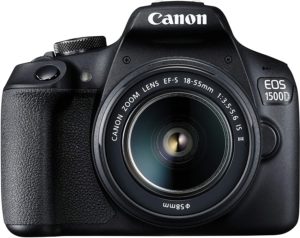 There are various comparable specifications available in both cameras. Both the cameras were launched in 2018 within a few months of each other and each have two available versions in the market.

You can find both products on Amazon with the links mentioned here.

Nikon gives an Expeed 4 processor while the Canon camera has a Digic 4+ processor. There is no huge difference in the weight of both the pieces with 415 grams and 475 grams for Nikon and Canon respectively.

Nikon goes way ahead of Canon in the ISO comparison with a range of 100 to 25,600 which is a pretty impressive range and it performs very well in low light conditions while the Canon1500d has a range of 100-6,400 with an expandable option till 12,800. 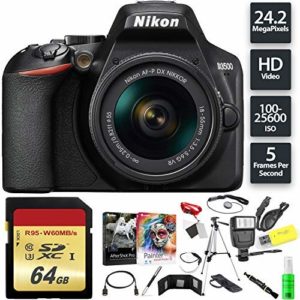 Neither of the cameras provides tilting display or touch features. The display is fixed.

For those looking into making videos with their cameras, Nikon gives 11 Autofocus points which are very helpful in tracking an object while Canon gives 9 Autofocus points. Both can record videos in full high-definition. In an overall review by users, Canon is better than Nikon in its video quality, as Nikon doesn’t provide users with a microphone jack while Canon has one.

In single battery life, Nikon can capture 1500 shots while the Canon1500d can only capture 500 shots. Hence making Nikon an overall better choice for photographers.

It’s difficult to compare the wide range of cameras available in the market. Snapsort is a site that gives a side-by-side review of camera specs to find the best camera according to your needs and budget.

Just enter the two cameras, Canon 1500d and Nikon d3500 in this case, and get all the specs you might need to consider when choosing. Snapsort is believed to turn into a personal camera recommendation site soon.

Using a prime lens gives a better image quality in both cameras.

A very important feature in a camera is the burst mode performance. Nikon leads the way with 5FPS (Frames per second) while the Canon camera is only 3FPS in its burst mode. This impacts the image quality in high movement photography like sports or baby photography.

Hence, the Nikon d3500 has a better rating among its customers.

Does the Canon 1500d include a screen protector for LCD?

No, the Canon 1500d does not have a screen protector and has to be ordered separately.

Are the camera bag and SD card provided with the Nikon d3500?

Yes, the camera comes with a camera bag and a 16GB SD card.

Does the Nikon d3500 have Image stabilization in the kit lens?

PrevPreviousCanon 80d vs 90d: Comparative Analysis
NextDell Vostro vs Inspiron: Which Laptop Series is the One for You?Next