This comparative analysis of the Canon 80d vs 90d will take into consideration the actual specs and hardware differences between the two cameras. Then we will dive into image quality and talk about the side-by-side comparison in videos and still shots. 80d was launched 3 years before 90d, hence we will look into answering the main question, which is whether the camera has improved with time?

Find both products on Amazon with the links provided below. 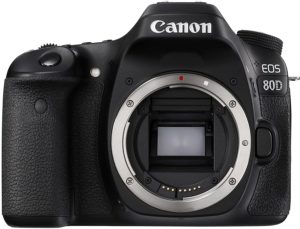 The Canon 80d and 90d, both DSLRs perform exceptionally well in videography.

The Canon 80d gives you the ability to shoot full HD videos at 60 FPS (Frames per second) while in the 90d you can shoot in 4K quality at 30 FPS. You can shoot HD quality videos in Canon 90d at 60 FPS and it also can shoot slow-motion videos in full HD at 120 FPS with some limitations. These include no sound recording and cropped video.

It mentions that 90d doesn’t have any significant improvements to the 80d other than the ability to shoot videos in 4K.

Canon 90d has the updated Digic 8 processor which is a better option than Canon 80d which has a Digic 6 processor. It has faster image processing and hence delivers better performance.

Canon 90d has a 32.5 MP APS-C size CMOS sensor while the Canon 80d has a 24 MP image sensor. This results in the 90d version having better overall image quality results.

The Canon 80d is available for Rs 1,12,885 while the Canon 90d is available at 1,24,990 in India. Both these cameras fall into a similar price range and thus it is very important to know the differences between the two and choose the better one. 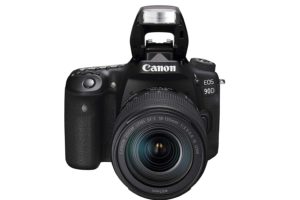 The Canon 90d has the availability to boost its ISO range to a better extent than the Canon 80d, this helps it to produce better images in low light conditions. In the cases where the speed light fails, the Canon 90d will help you get good images in the ambience light too by boosting its ISO power.

The Canon 90d has the feature of auto face detection. This is a really helpful feature in both videography and portrait photography.

The Canon 90d has a wide dynamic range which allows retention of detail in both bright lighting and dark shadows.

Dxomark compares cameras and reviews them based on their specs.

The built design for both cameras is strong but the 90d has better dust and weather resistant qualities. Also, its battery backup is way ahead of Canon 80d. It gives it the ability to shoot around 250-300 extra shots per charge.

The Canon 90d has a multi-control joystick. The joystick is a useful feature for quickly choosing focus points while shooting and also controlling other camera menu options.

The Canon 90d has a better design with a bigger grip, making the hold and carry of the camera easy.

All of these features make the Canon 90d a better choice for customers.

The Canon 90d has a diverse range of FPS, which includes the 120 FPS speed, making it a better choice for videography over Canon 80d.

The Canon 80d and 90d both have 45 Autofocus points when shot with the camera’s viewfinder. On the other hand, if you’re shooting with live view or with the LCD screen, the Canon 90d goes ahead of 80d as it has 5400 live focus points which help in focussing on the subject quickly.

No, The Canon 80d is not a full-frame camera. It is a Crop Sensor camera.

The Canon 90d is a Mirrored camera.

PrevPreviousBoult vs Boat: War of Electronic Accessory Brands
NextCanon 1500d vs Nikon d3500: Which camera is the best?Next