Induction cooktops have been taking over households across the globe for quite a while now. Although they were attributed as less efficient decades back, technological advancements have brought them to the forefront and made them the most convenient cook ranges ever. Ranging from mobility to low energy consumption, there are hefty reasons to consider induction cooktops as superior to most other cooking ranges. The section below intends to shed light on induction cooktops and their various nuances, including the ideal cooking options and recipes so that beginners in induction cooking can optimize their cooking plans accordingly. 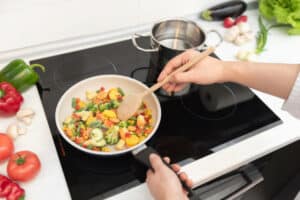 Induction cooktops are one of the safest and most innovative cooking ranges. They feature a cooktop with a flat glass top with heating coils inside. These heating coils are subjected to electromagnetic energy and heat up whenever an iron vessel is placed on them. The most ingenious aspect is that only the presence of iron initiates the heating process, and only the iron vessel gets heated, not the cooktop.

So, even immediately after cooking, the cooktop would be safe to touch. The heating process on the induction cooktop does not involve the cooktop’s surface being heated before transferring the heat energy to the vessel. Thus, it takes much less time to cook on an induction cooktop than on any other cooking range.

A staple of Italian cuisine, pasta is famous worldwide. Pasta is relatively quick to cook and tends to turn mushy within seconds of overcooking, which is why induction cooktops featuring the fastest boiling time are the ideal cooking partners for cooking pasta to its perfect consistency.

An induction cooktop can deliver heat to all parts of the vessel. The food that benefits the most from this quality is a Chinese hotpot which requires the broth to be evenly boiling so that the dipping elements are all cooked evenly.

As in the case of hotpots, pancakes, which may be sweet or savory, requires even heat across the pan for a perfect cook. As induction cooktops heat the entire surface of the pan that comes in contact with the cooktop, the pan cooks the pancakes much more evenly than a traditional cooktop.

PrevPreviousA guide on how to check generation of laptop
NextWhat is the Right TV for My Home?Next 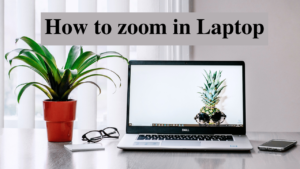 How To Zoom In Laptop?