A screenshot is one of the innovative features that are available in modern laptops. As we all know, it is a tool that has been available in our laptops for decades. In simple words, a screenshot is a replica of our monitor’s screen using an image. A screenshot can be of any type. For example, you can screenshot an image from the browser, an error on your laptop, any sort of technical issue that you face during your assessment, and sometimes screenshots are also taken as evidence to prove something and so on. And they’re the easiest form to save anything on your screen directly. This article contains all the information about how to take screenshot in laptop

There are various methods to screenshot on different laptops. And if you wanted to know the methods that various laptops use to take a screenshot, then you’ve stepped into the right place. In this article, you will learn how to take screenshot in laptop. 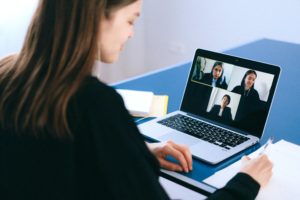 How To Take Screenshot On HP Laptop?

As the HP laptop usually runs on Windows 10, It is handy to take a screenshot as it has three main ways to screenshot it. The fastest way is by using the “Print Screen button,” which is present on the top right side of your keyboard in between your F12 functional key and delete key. The capture goes to the “Screenshots” folder.

How To Take Screenshot On Dell Laptop?

In Dell Laptop, to capture the entire screen, simply press the Windows Logo Key + PrtSc together. Or, as said earlier, the easiest way can be used, i.e., by just pressing the PrtSc button on the keyboard.

How To Take Screenshot On Windows Laptop?

Windows 11 and Windows 10 have a variety of methods for taking a screenshot. The PrtSc button can be used for apps like “Snipping Tool.”In Windows 10, the captured screenshot will be copied to the clipboard, which can later be copied and pasted by saving it as per the user’s need. Whereas in Windows 11, pressing PrtSc will save the screenshot to your laptop’s assigned “Screenshots” folder.

How To Take Screenshot On Lenovo Laptop? 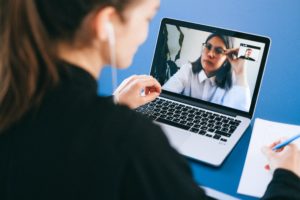 How To Take Screenshot On Thinkpad Laptop?

The Thinkpad laptops are one form of the Lenovo laptop. A few ways to capture a screenshot in ThinkPad is to press the Fn(Function)+PrtSc, which is present on the keyboard. Another option is to press the PrtSc key while holding down the Windows key. For a short instant, the screen’s brightness will be reduced, and the image captured on your display will be saved to your files in the Screenshot folder.

How To Take Screenshot On Asus Laptop?

How To Take Screenshot On Acer Laptop?

For the Asus Laptop that has Windows 7, our easiest method, i.e.pressing the PrtSc, can be used to take a screenshot. For OS like Windows 8 or Windows 10, the screenshot can be taken by pressing the PrtSc + Windows key simultaneously. One more alternative is to use the Snip & Sketch tool.