Your Ultimate Guide To Boat Airdopes 441 Vs 441 Pro

Boat has been the flavor of the past few seasons, dominating the audio accessories industry. From earphones to airdopes, they have mastered one and all. Now you want to add another Boat product to your collection? Unsure which airdope to opt for – boat airdopes 441 vs 441 pro? Read on.

Remember the grim old days of the FM Radio experience? Adjusting the antennas to get the clearest piece of the sound wave and enjoying good music or news? Well, that has its share of nostalgia attached to it but thank God those days are gone! With the advancement in technology, we have spearheaded the entire music hearing experience. Now with a tap and click we can listen to any song, play games (accompanied by an amazing sound experience), listen to the news, all on our smartphone.

But if all these advancements are not coupled with affordable and high-quality earphones, AirPods, headphones, or speakers, what is the point?

Boat has been producing some real budget products and their mass advertisement strategy has caught millions of eyeballs. This Delhi-based startup has given the biggies of the trade stiff competition and forced them to even lower their pricey range of products.

With illustrious stars like Jacqueline Fernandez, Hardik Pandya, Kiara Advani promoting their brand, its market value has gone up.

Boat Airdopes are considered to be one of the most affordable and premium earbuds in the market. First, let’s individually review both the aforementioned products and then differentiate between both the airdopes. 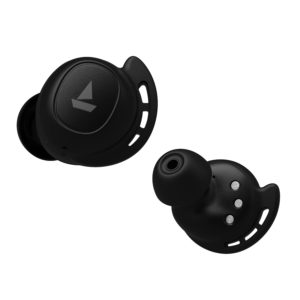 With an IPX6 rating, they are truly waterproof. The airdopes are good to go for both indoor and outdoor purposes.

The airdopes are touch-sensitive. You can answer calls, skip or go to the previous track, invoke voice assistance, all on your phone. However, volume can be manipulated using your device only. Alongside, it also houses Bluetooth 5.0 connectivity.

The earphones take around 90 minutes to get fully charged and the charging case comes with a USB Type-C charging! At this price range, this sure is a lot. Playback time is 3 hours.

Lovers of bass wouldn’t be disappointed as this airdope has an appealing sonic signature. Calling sound quality is also decent.

In-ear earbuds and a bit bulky and snuggly, these airdopes are made of polycarbonate and look very cool.

The airdopes have an IPX7 rating providing much more water resistance. It is best suited for gym and morning walks.

The earbuds are touch-sensitive. Different LED lights signal different functions, red for music and blue and green for controlling calls.

The charging case has a matte finish. The LED indicator on the front, informs one about the real-time battery life. Much like 441, this too is enabled with Type-C charging port. Charging time includes 1.5 hours and offers good playback time.

The bass is overwhelming and the trebles and highs are crystal clear. Both Bluetooth connectivity and IWP technology make this a good buy. 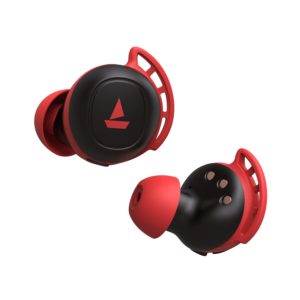 The sporty look and extended battery life give 441 P an edge over Airdopes 441. The charging case can charge other devices too! Both are compatible with IOS and Android phones and have IWP technology. Boat airdopes 441 vs 441 pro.

441 P has more battery backup and offers higher playback time. In terms of audio too, 441 Pro is better than 441.

Yes. Quite a decent buy in a budget category. Aided with good battery backup and sound quality, 441 P can be a good investment.

What is the difference between boAt Airdopes 441 and 451?

Both offer more or less the same configurations. 441, on the other hand, is cheaper. 451 also doesn’t offer noise cancelation. 451 just comes with a color difference.

Where can I buy a boAt Airdopes 441 pro?

You can easily buy these airpods online.

Does boAt Airdopes 441 has noise Canceling?

Noise cancelation is a notable drawback. It provides little to no background noise-canceling and is best suited for lesser crowded areas. However, the 441 earbuds offer stark features in such an affordable range.

PrevPreviousSony a7iii vs a7riii
NextBoat 220 vs 225, Detailed Comparison And ReviewNext